After the dramatic turn of events in the confusing hours of that thrilling and fateful night in July when an attempted coup in Turkey was thwarted, we know one thing much better than before: the power of the people using the Internet communication tools and platforms can be greater than the power of the military. In this paper we analyze Turkey’s stillborn military coup attempt by focusing on the internal process (personnel configuration, tactics and operational areas) of the military coup attempt and reactions of different political, military and civilian actors against the putschists.

In addition to this, the paper focuses on the consequences and influences of the 15th July military coup attempt in the context of Turkey’s near political future 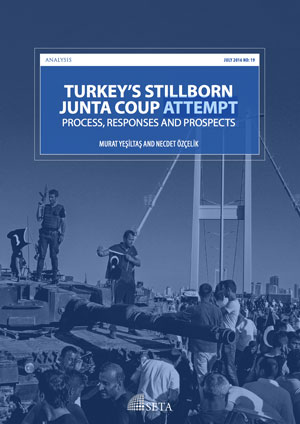 RESPONSES: WHY THE COUP ATTEMPT FAILED?

PROSPECTS: WHAT IS NEXT FOR TURKEY?